Ten days of party from morning to… morning?
Ladies and Gentlemen, here it comes Gentse Feesten!

What is Gentse Feesten

Gentse Feesten, aka Ghent Festivities, is an annual event organized by Ghent town hall, in Flanders. It lasts 10 days: from the Friday that comes before the 3rd Saturday of July, till the following Sunday. This last day is called de dag van de lege portemonnees, “the day of empty wallets”. After 10 days of party, you can easily imagine the reason behind this nickname.
Based on turnout numbers, Gentse Feesten is considered “the largest cultural event in Europe” and the third “city festival”, just after the famous Oktoberfest. It hosts an average of 200.000 visitors per day, for a total of about 2 millions participants every edition!

Gentse Feesten offers live music, art exhibitions, installations, children animation, theatre, outdoor activities and much more. Almost everything is absolutely for free!
It takes place mainly in the streets, with stages and dedicated areas, street food, stalls outside bars and pubs, street markets and picnic areas with tables and benches. Some historical buildings and art galleries participate in hosting various events and shows.

The history of Gentse Feesten

The event started in 1843, when the municipality decided to unify all the different local festivities in a single bigger party. At the very beginning it was organized in what it’s considered the “fair area” of town. At the beginning of the 20th century, though, it got moved to the city centre
The Second World War gave a bad hit to the national economy and Gentse Feesten was kind of abandoned to itself, with low participation and limited programs. During the ‘60 the festivity came back to fashion with renewed life and great participation, extending its presence in Sint-Jacobs, Groentenmarkt and the Korenmarkt. Which basically means the entire city centre.

In the last 30 year or so, Ghent focused on culture, giving a new shape to what was becoming more and more a simple “eat and drink in the street” event. Shows, exhibitions, acts, dance and more were added to the program and all this is still present in the nowadays calendar.

What to do during Gentse Feesten

In 2020, Gentse Feesten was supposed to happen between the 17th and the 26th of July but it was predictably cancelled. Or better to say that the shows have been digitised, as everything else, in this weird year.

Visitors are spoiled for choice. The events in the program start at 10 in the morning and end (officially) at 4 of the morning after. For 10 consecutive days.

There are concerts literally at every corner, with all kinds of music style you might like. Stages big and small that occupy squares, footpaths, parks, streets… Most are national bands, some more famous than others, but there are also international groups joining Gentse Feesten.
The program includes not only music, but also theatre, circus, dance, video projection and games for children. Art, with sculpture and painting, are highly enhanced. Many historical buildings open up specifically for these 10 days to host exhibitions and really interesting artists.

There are plenty of street food trucks and stalls for every taste: from the classic Belgian frietjes and oliebollen (world best fries and a sort of sweet fried dough balls) to fresh grilled salmon.
Beer is the guest of honour. I’ve talked in the past about my passion for wine and wine tasting in Ghent. But wine here is definitely not a thing! With hundreds of brands and many prizes won every year, Belgian beer is well known all over the world. And Gentse Feesten is the local beer paradise with dozens of bars and drinks tents every few meters open day and night.
This pictures the festivity as an alcoholic party. It’s pointless to deny it, it is true. But it very much depends on the time of day and what you enjoy doing. If you leave the streets around 6 pm, Gentse Feesten can be lived as a perfectly family friendly and cultural event.

Gentse Feesten and the locals

When I met the locals, not only from Ghent but from Belgium in general, everybody was telling me about this incredible Gentse Feesten. I’ve been told many used to take holidays during the entire duration of the festivity. Some companies had the habit to even close down completely because they knew the employees would either not turn up at work, be late or show up still drunk from the previous night. Even public offices, sometimes, work with a shorter timetable.

Have I been disappointed? A little. The celebration is beautiful, it involves so much of the town and its inhabitants that it becomes difficult to criticise. The activities are basically illimited and there’s something for every taste, all over the Ghent and easily accessible.
But let’s say I don’t see the need to be on holiday to participate in 12 hours of party till morning for 10 days in a row. If I want to get drunk, I can do it in another moment and, probably, with better quality drinks! If, instead, I’m interested in the events and culture, there’s plenty to see during the day and early evening so to be totally fine to work on the day after.
It is a festival that, if I skip one year, I’ll be able (pandemics forbid!) to participate next year with fairly similar contents.

Gentse Feesten for the tourists

From a touristic point of view, Gentse Feesten certainly has a lot to offer. But I think it’s not the best moment to visit Ghent. Most of the historical city centre has limited access and organized routes that force you to take long detours because “the entrance is here and the exit is over there”, when usually the mobility is totally free. On top, many beautiful buildings have their facades covered by stages, tents, backstages and other temporary structures.
On the other hand, if you like partying, these 10 days are the best season of Flanders! Therefore, It’s difficult for me to suggest to choose or not to choose Gentse Feesten for your visit to Ghent. It very much depends on your habits and priority while traveling. 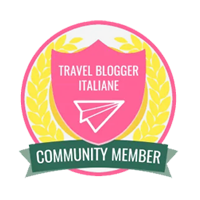